I am aware that it has been some time since my last update, for me it feels like only a few short weeks have passed, but it has instead been nearly three months! A lot has happened in the past couple of months, and it has been a rushed but much needed house move that has warped my sense of time. 🙂

The final major project for my previous University course was finished on time and handed in. I am still working on the game in my own time now out of curiosity and pleasure as I want to try and make it well rounded little title. Despite the stress of the third year I enjoyed creating Chaotic Kiwi a lot, but it is still my first proper game with Stencyl and I know that it is still quite basic.

It is playable via an upload onto Google Sites (I’m having size distortion issues when uploading it to Stencyls showcase area at the moment.) Click on the image below to head over there and play. 🙂

This little demo (and accompanying documentation) along with my dissertation and hard work over the last couple of years all paid off in the end. I have had my results through and I am very happy to say that I now have a First Class Honours in BA(Hons) Computer Games Development.

It has certainly taken a lot of work and some sacrifice to achieve this, my proudest project has been my dissertation, but more on that in another post. 😉

Now the last month of the summer holidays for me is going to be spent catching up with friends and working on Chaotic Kiwi some more and preparing for the MSc in Video Game Enterprise and Production at Birmingham City University. The next big step which fills me with excitement and nerves right now. 🙂

At times the first thing that gets forgotten when working on a project is the recording of that project. I have been working hard on the final major project for my University course since handing in my dissertation. It is odd that the two aren’t a) linked b) the project is afterwards. It makes sense for my Uni as the project is what is showcased at the Graduation Show that the whole University puts on. Instead of exams this Uni has an art show…

Anyway I am progressing well on this project that has been a pain and full of pitfalls along the way. A bit of catch up (just in case): It was originally going to be a small game based on the Mabinogion, however technical issues and my own limitations soon made me realise that this is not the right time nor place to attempt a project like that. It is not something that can be done easily by one person and I do not excel in art or code so was not the right person for the job. So after the dissertation was written and handed in I started brainstorming for some ideas over the Easter Holidays. The game I am working on now is vastly different but similar to things I have done in the past. I found myself wandering back towards New Zealand for inspiration, as it is a place that has been an large influence on me for most of my life. (That and after my trip there in 2008 I had a lot of photographic material to utilise, some of it originally taken with the idea of  using it for reference and use in this context.)

Needless to say I now have a little slice of a game idea up and running in Stencyl, it is something that has been half planned and has half grown organically as I have learned how to use Stencyl. I am now enjoying the creation of it immensely and am learning and practicing more and more on the way. I do find it slightly concerning that I haven’t felt like this since the first year of Uni, and to get to this state again I have been avoiding Uni. (It’s a shame, but visits into Uni are fraught with stress and tension due to the atmosphere in the classrooms and on campus.) Which is not the best atmosphere to create a game that has become a labor of love for me, and something I want to continue expanding on after the final submission at Uni.

The one key thing here was someone pointing out to me that though I may not be able to draw to a high standard, I am good at image manipulate and have a basic understanding of importing assets from scans and photographs. So for this project I have gone about creating the majority of the game assets via using photographs I have taken previously or directly for this project, scanning items in, creating my own textures and generally using the skills I have to create the visuals, rather than getting frustrated with the skills I don’t posses. It has been an interesting test of my laptop as well as I have had Photoshop and Flash open at the same time a fair amount recently. 🙂

Anyway here is a small teaser of something I have created today:

After uploading it I realise that there are a few tweaks that are needed here and there, but overall I am quite proud of it. Especially the sellotape, not something that can be scanned in really. So the paper from double sided sellotape was scanned with a black background, then edited for transparency and luminosity. A small detail, but is something I take great pleasure in doing, the little touches here and there and finding different ways to do things. 🙂

The little details  is mostly what I am left doing on this project at the moment. I have enough of it built to be able to just tweak areas of the level and flourish here at there. Well I still technically have the core backgrounds and the ‘scenery’ to dress. Which is going to take some serious hours to complete, but the bit that I have been struggling the most with is the code, and that is stable right now and working! Stencyl has been a cruel task master in some cases, but now I am enjoying using it and finding that I am only getting stuck because I don’t know to put an expression together in it’s code, a visual form of Action Script, but I am getting better and searching out answers. (I have not been using much of the ‘in-built’ code behaviours as they aren’t often customisable enough.) I am no where near the level of some people that use the software, but I am so much more confident in it than when I first started I am amazed and proud of myself for getting to this point with it. 🙂 A lot of that is down to some really smart people that have made tutorials for the program or made their work available for use on StencylForge which I have been reverse engineering. (My thanks section is going to be long…!)

Right now though my priority is getting the level tweaked, the jumping code is still a little sketchy I think, but that might be because I have played it so many time now I am aware of it too much. So I am going to send it out to some people to test and then go from there. 🙂

Just over a week to go and I still have a 30sec trailer, promo art and a dev diary to finish off too. Yep a LOT of coffee is going to be needed over the next couple of days, but at least I shall have a playable ‘slice’ of my game ready for the submission date. 🙂

Stencyl is a game creation program that I have been playing about in for the last year or so. Not solidly and I have been terrible at going back to it regularly, so every time I spend some time away from it I spend a lot of time familiarising myself with it again. I have recently been going through every decent tutorial I can find after going through the Stencylpedia ones.

Things are sinking in slowly, I have to admit that my small introduction to Java at my previous university helped with my understanding of some of Stencyl’s quirks. Such as the Attributes tab in the code block creation are the ‘public variables’ that are set in the start of the block of code. (At least I hope I have that right, I will never profess to have a good understanding of code, but hope that I have some of the basics drilled into my head now.

From the ‘Space Invaders’ tutorial I was quite proud to put this code block together and understand what each ‘line’ is saying:

Code for the Ship

Now I am making my way through the excellent tutorials done by Abigayl, something I should have done a lot sooner. However I have found that Stencyl likes to sneak up on you, just when you think you know what you are doing it turns out you have fallen down a large rabbit hole and are in fact lost again. So I am giving myself a quick refresher by starting at the beginning again. A little late on into the project, but better now than half way through a build of my final game which then breaks… 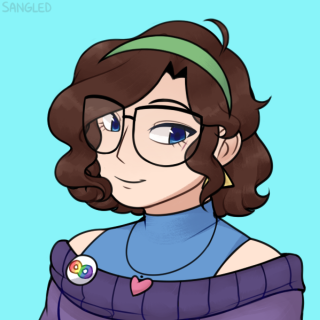